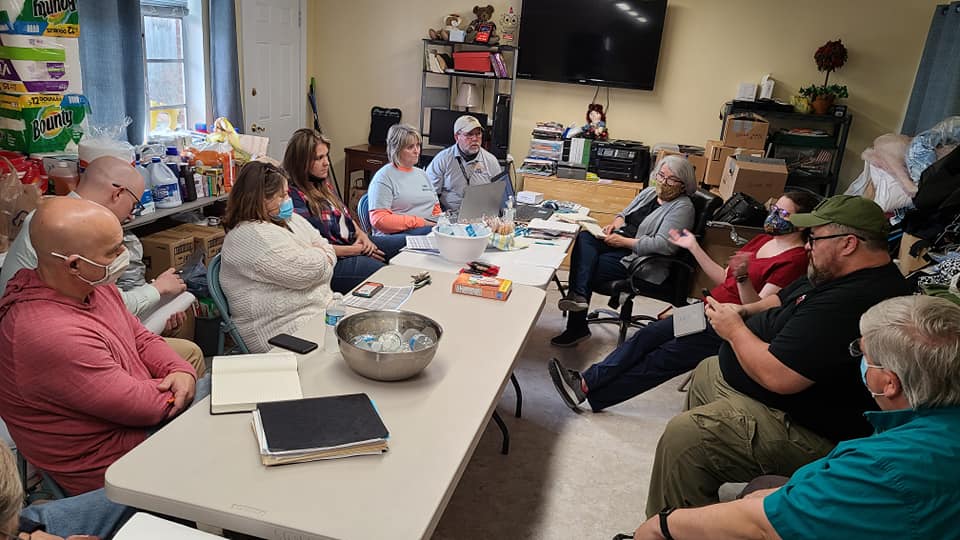 The goal of Together for Hope Appalachia is to transform persistent rural poverty in Appalachia through asset-based community development that prioritizes education, health & nutrition, housing & environment, and social enterprise. We have a vision for a world where all people have access to food, housing, education, healthcare, and meaningful work and income. Our mission is working with others to make that vision a reality, especially in the 57 counties of persistent poverty in Appalachia, with counties in Kentucky (39), West Virginia (8), Tennessee (7), Virginia (2) and Ohio (1).

While we intervene to repair homes, feed the hungry, work for better healthcare, innovate creative solutions, and advocate for just systems, we keep our focus on the big picture vision of poverty alleviation. We continue to go to the root of poverty, hunger, inadequate housing, education, and healthcare and ask why these inequities exist as we seek long-term sustainable solutions.

GET TO KNOW APPALACHIA

Why Study Appalachia?
Helen Lewis (sociologist, historian, and activist who specializes in Appalachia)

Appalachia is a region and a place. Real and mythical, beautiful and devastated, geological and political, rich in resources and a poverty pocket, a place to exploit, a watershed for the eastern seaboard and destroyed and polluted headwaters.

Weekend cabins and homes in the holler. Yesterday’s and tomorrow’s people. Hillbillies and folks. Bluegrass and hip hop. Poets and politicians. Professors and protesters, preachers and prophets. A model and a warning signal for the nation.

So if you want to study Appalachia, here is what you do.

Start where you live: Interview your elders, map your community, write your local history. Who lives where and why? Who owns the land, minerals, resources? Who is rich and who is poor? Who has power and who is powerless? Who are the story tellers, the poets, the singers? Who is in jail, who is sick, who is angry and who is throwing the bodies in the river and who is pretending it is not happening?

Who is speaking truth to power, who is feeding the hungry, who is healing the sick? Who is writing the poetry, saving the stories, saving the land, singing the songs?

Find out who you are. What is your place in this place?

Causes of Poverty in Appalachia

Ron Eller, respected scholar of Appalachian studies and former University of Kentucky professor of history and director of the Appalachian Center, aptly describes the “deep rooted flaws in the mountain economy” (“Modernization, 1940-2000” in High Mountain Rising: Appalachia in Time and Space, University of Illinois, 2004, 197-198):

The expansion of extractive and primary industries generated low-wage jobs in the mines and mills, but that growth had come without the development of schools, roads, small businesses, and other internal capacities that might sustain prosperity. Most of Appalachia’s mineral and timber resources continued to be owned by outside corporations and fell to the control of nonresident interests. The value added from their extraction remained largely untaxed for local benefit. Moreover, a single-industry economy frustrated the diversification of local enterprises and tied most mountain communities to the vagaries of national and increasingly international markets. Local political leaders, many of whom benefited economically from the outside interests, continued to defend the status quo. As the economy stagnated, the gap between rural Appalachia and the rest of the country grew.